Stories from the Farm

Thoughts from our Farm Team 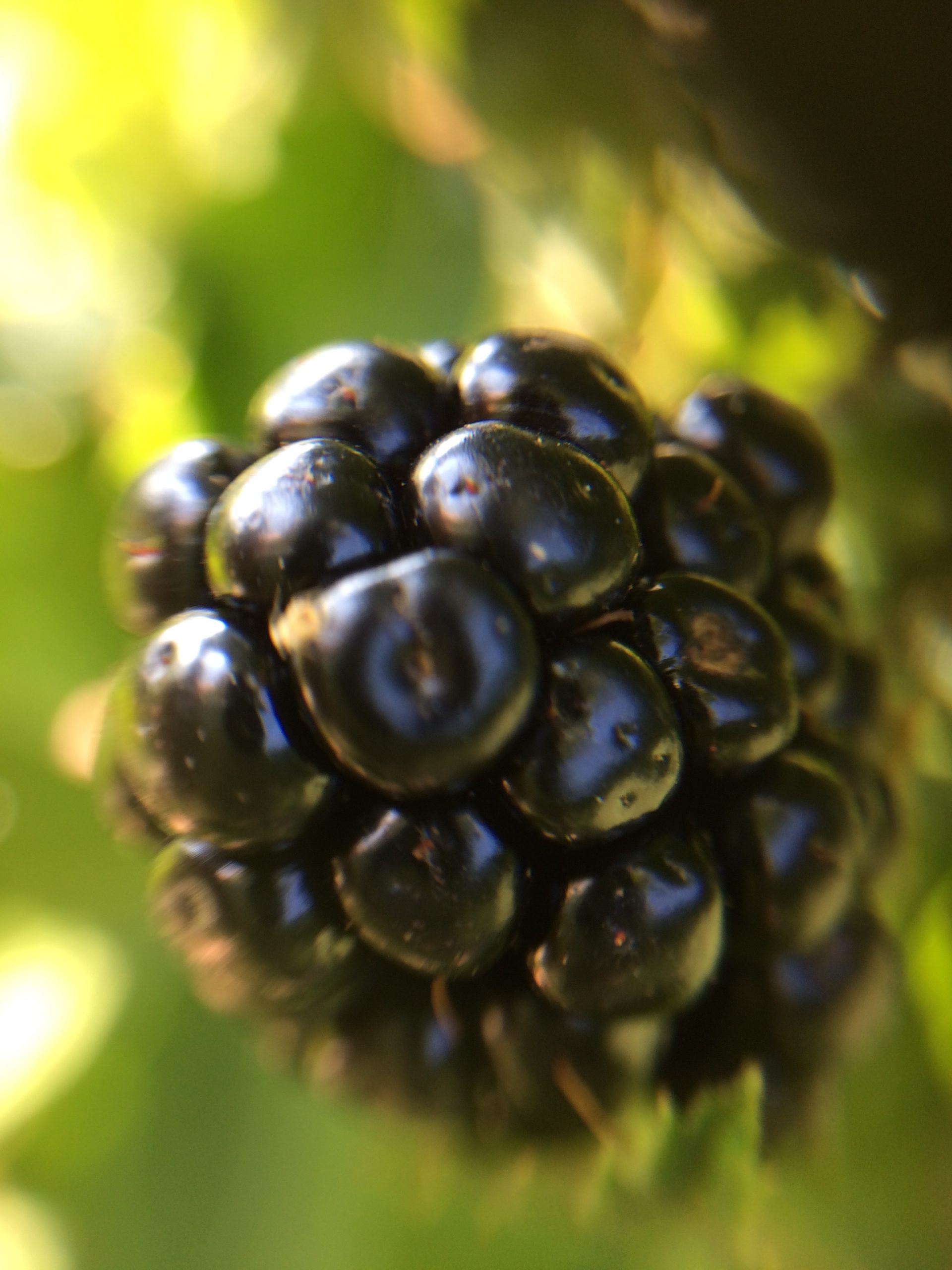 The seed catalogues make farming look so orderly and easy: neat rows of weed- and bug-free onions and carrots. Eggplants ripe and dark with luscious foliage. Uniform-sized, unblemished green peppers. The photos never show groundhogs munching away on the cabbages, slugs taking out the green beans, or white beetles infesting the stalks of the squash plants. But this is reality.

Our farm is producing beautiful, nutritious crops. This week alone we harvested 96 lbs of 12 different crops—and that weekly volume will grow significantly over the next month or so.

But we also grow weeds, and feed bugs, and discard soft, spoiled vegetables. Farming—like life—is a mix of success and failure, joy and disappointment. Despite the sanitized versions of life we see in glossy magazines and on social media, harvests and weeds grow together. And for all the pests and blights, life bears some truly beautiful fruit. 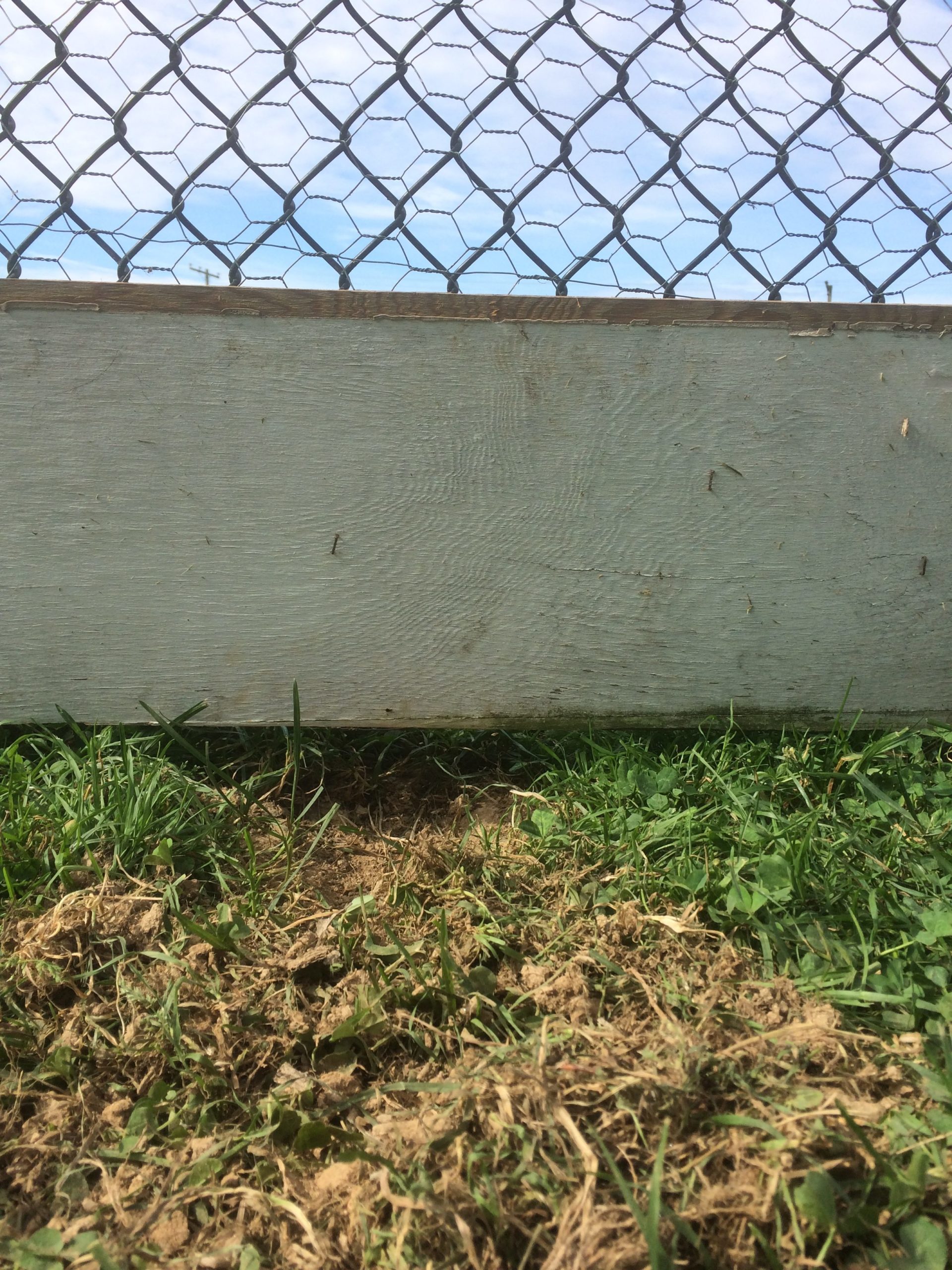 The Parable of the Groundhogs

If you have passed by the farm recently, you may have observed the white wooden plank held tight along the bottom of the gate with rocks. If you’ve come up close to it, you may have even noticed the odd musky smell. It’s organic groundhog repellent, and it doesn’t seem to be working.

For the first few days the plank was there, I watched with delight as adult and baby groundhogs (admittedly cute!) wandered over to it, sniffed and stared, and then scampered away. But today, I saw the burrow under the plank; the lettuces nibbled down to the stalks, and a couple of fat and… perhaps it was my imagination, but I could have sworn they were smug-looking groundhogs!

We have fields full of clover (reputedly their favorite food), but they claw their way under stinky wood and multiple layers of chicken wire to get the lettuce they know is in there, waiting for them. It reminds me of Jesus’ parables about the kingdom of heaven – like a treasure hidden in a field, like a priceless pearl. Some things are worth perusing relentlessly, despite the many obstacles. Lettuce… the kingdom…

So the groundhogs have my begrudging respect. I can learn from them… But if you have any humane suggestions for dealing with groundhogs, please do let me know! 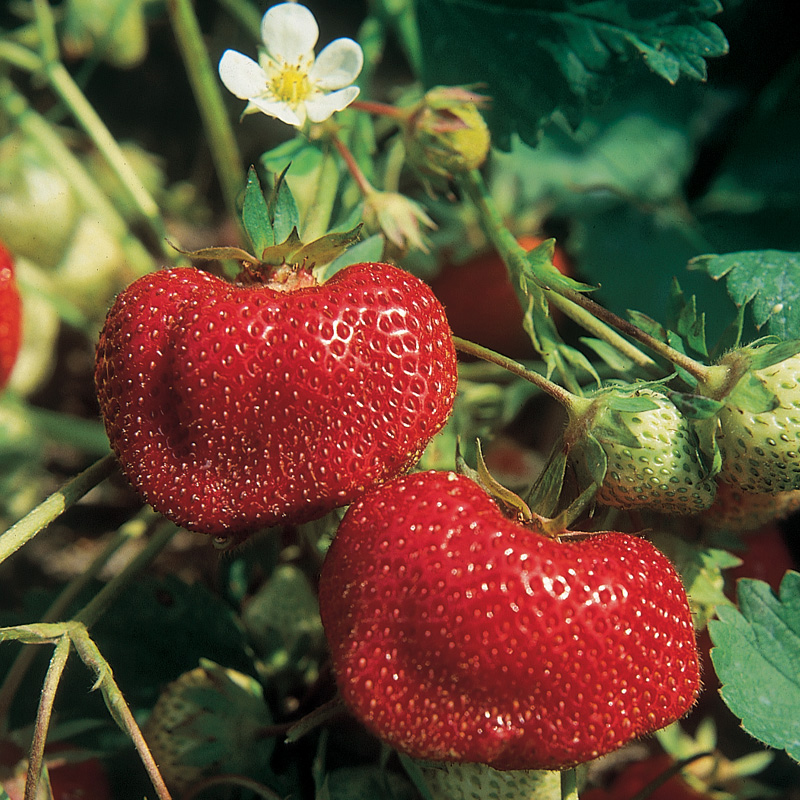 Yesterday I was out on the farm with a young helper, and we tried to identify the visitors who had snacked on our crops. Groundhogs had chomped on the freshly weeded beans and kale; birds had pecked at the juicy ripe strawberries, and I have no idea what got into the radishes. (A Google search suggests voles, and provides the following suspect advice: “Encourage habitat for snakes, coyotes and birds of prey—all great predators of voles.”)

Today is the United Nation’s World Environment Day, and the theme this year is “Connecting People to Nature.” Our farm always makes me feel intimately connected to nature—to the plants that sprout and blossom and produce fruit from a tiny seed; and to the animals that can’t help but be drawn to the vibrant reds, greens, and purples of the emerging crops.

It also makes me feel connected to people—to the faithful few who turn out week after week, and the willing crowd that shows up en masse when a big push is needed; as well as to those who experience hunger, who will receive this food with our love.

Mostly, the farm connects me to God, as I wonder at the divine power that packs 3 lb cantaloupes into seeds weighing a thousandth of an ounce; the creativity that paints the zinnias—and the butterflies that dance around them—in so many colors; and the mysterious, life-giving presence in all of creation that together declares the glory of God. 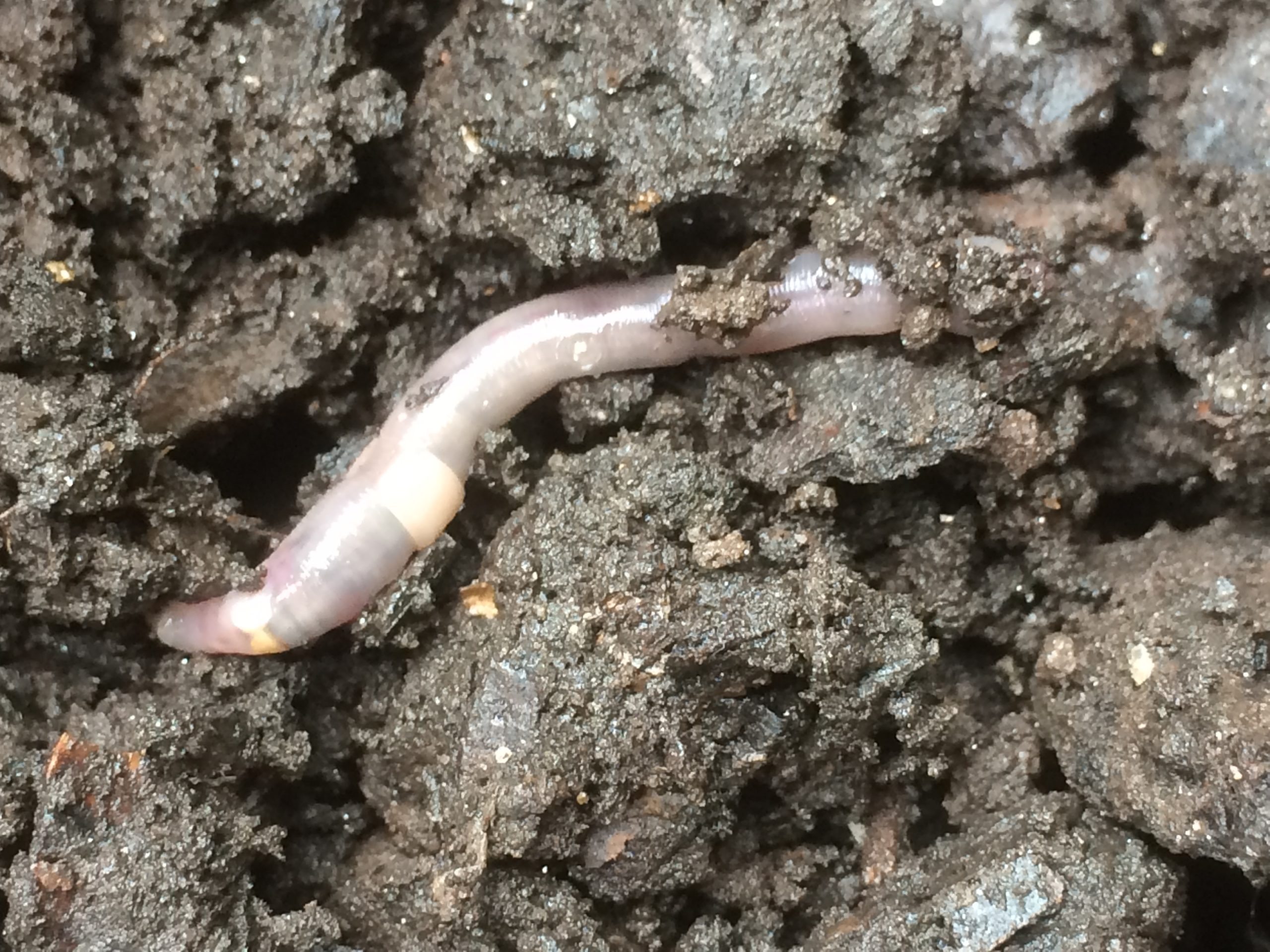 My son hates worms: he thinks they are like disembodied intestines in shallow graves. As we plant cabbage seedlings on the farm, the quiet evening air is punctuated with his exclamations of “Ew, gross!” and “Sooooo disgusting!”

In some areas, particularly in northern forests, worms are an invasive species that is rapidly destroying the ecosystem, leading to a loss of insects, salamanders, and forest floor plants.

But on our farm, they are incredibly useful—moving nutrients through the soil as they eat and expel leaves and other vegetable matter, loosening and aerating the soil through their movements, and secreting nitrogen-laden slime that helps bind soil particles together.

But I have to admit, they are weird: they breathe through their skin and have up to five hearts. They can regrow amputated tails, but become paralyzed if exposed to light for more than an hour. Perhaps strangest of all is how they reproduce. As hermaphrodites, two worms come together and both produce egg cocoons.

If you will forgive the “earthy” metaphor, this is my hope for the farm again this year: that it will be a place of harmony where we meet and produce something life-giving for ourselves and for our community. 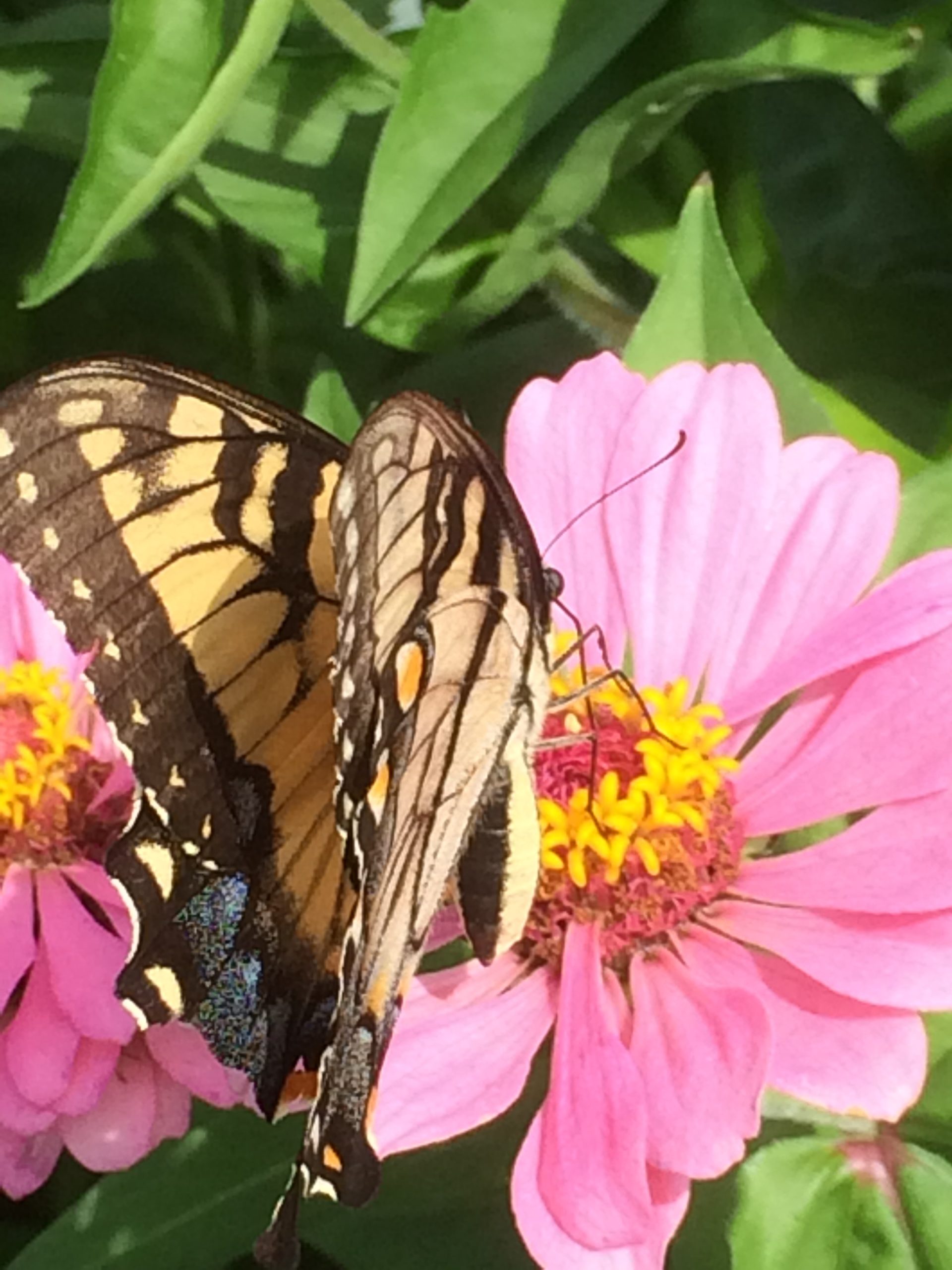 Joy in the Air and the Mud

The farm brings me joy—usually. But sometimes it is just plain depressing.

I stopped by the other week to check on things after one of the many recent thunderstorms. I wandered over to the squash plants, which were covered with vivid yellow flowers. But when I parted the leaves, I saw the stalks were a mass of stink bugs and their nymphs. The fruit were stunted, spongy and grey. Mound after mound—every squash plant had been turned into a breeding ground for insects and fungus.

I crossed over to the lettuce. All that remained were the bitter nibbled stalks: every leaf had been eaten by the ever-fatter groundhogs that live under the old farmhouse.

I turned to the tomatoes. The wind and rain had knocked down the cages like rows of dominoes. Broken limbs and green fruit littered the ground. I wanted to cry.

Picking up one of the heavy plants, I saw that on the underside of the branches, little roots had started to grow. This plant had seemingly resigned itself to lying prostrate in the mud, and was determined to make a life even there.

I started for the shed to find a hammer and stakes, and as I brushed past the row of zinnias, dozens of brightly colored butterflies took to flight, dancing around me in wide circles.

And suddenly, I sensed joy in the midst of the destruction and loss.

Sometimes joy can be elusive—has to be tracked down, worked at, struggled for in the mud. And sometimes joy takes you by surprise, and you find yourself suddenly lost in the dance.

Learn about the Farm and how you can participate in our work. Seasonally, there are all kinds of ways you can help keep it going.