Wealth and Wisdom from Across the Border, By Jonathan Freeman-Coppadge 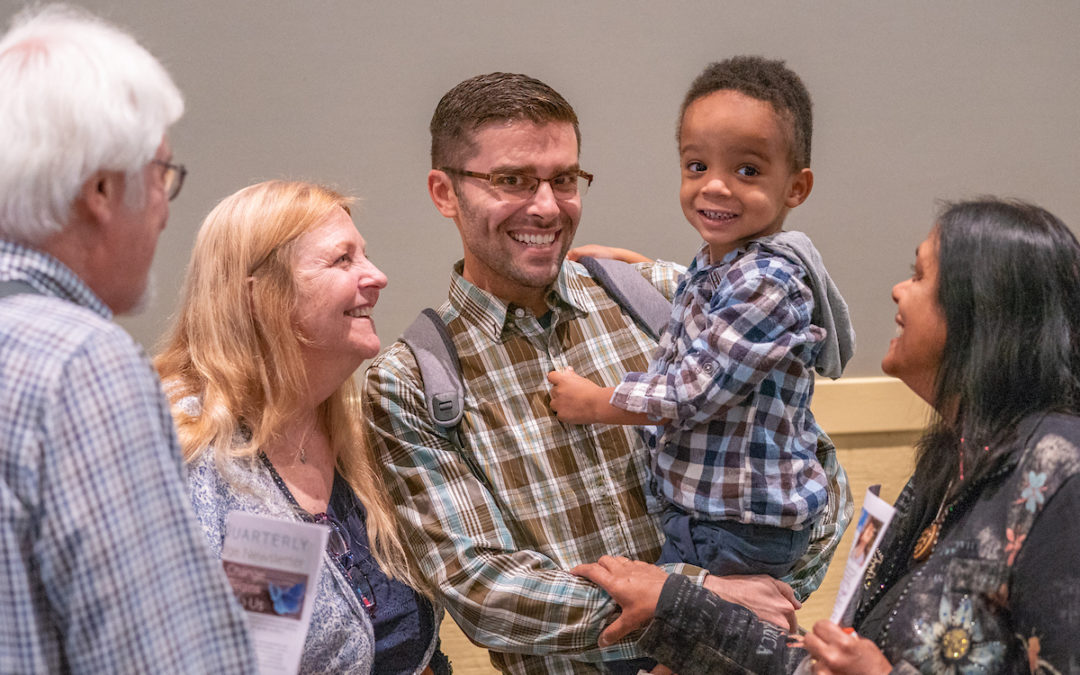 For the foolishness of God is wiser than human wisdom: I Cor. 1:25 (NIV)

We know them as magi, wise men, or kings, but they would more accurately be called enigmas. Tradition has colored in some of the missing information, but Matthew’s gospel includes very little about them, as little as Mary and Joseph knew about them when the strangers showed up on their doorstep. Were they kings? Probably not. Were they Zoroastrian astrologers? Maybe. Were they wise? It depends on whether you consider it wisdom to follow a star across deserts hoping that whatever awaits will be worth the journey and the gifts. To their Persian friends and neighbors, the magi’s pilgrimage probably looked like sheer folly.

What possessed them to forsake the known in search of an indefinite promise? Was it the same thing that called Abraham out of Ur? The magi followed a star, but how did they know it would lead them to something worthwhile? And how did they know that the barn-born babe was exactly what they had come in search of? How do we identify God’s invitation into the wilderness? How do we recognize the unlikely delivery of God’s promises?

The magi are unique in the Christmas story for two reasons: First, they are the only wealthy characters. Second, they are the only ones who came to Jesus—Jesus came to Mary and Joseph; the angels came to the shepherds; years later, Jesus would come to his disciples. But the magi made their arduous journey using their own resources, bringing their own gifts, risking their own lives and livelihoods for a king disguised as a toddler.

Are these two things connected? Immanuel means “God with us,” and certainly God’s arrival on earth should be seen an invitation to everyone everywhere (I Tim. 2:4, II Pet. 3:9). But when God chooses specific places and people to call his own, time and again Jesus places himself in the path of the poor. The rich, when they encounter Jesus, often write him off as fringe or worse. “It is easier for a camel to go through the eye of a needle,” Jesus said, “than for someone who is rich to enter the kingdom of God” (Matt. 19:24). The comparison seems to emphasize its improbability, if not impossibility, but I wonder if Jesus had in mind those mysterious rich foreigners who rode their camels in search of a needle in a Bethlehem haystack and, against all odds, found it. I wonder if Jesus remembered them with admiration, perhaps from stories Mary and Joseph told him about the day three strangers showed up with gifts from another world. I wonder if he held them as models of what it looks like to step out of a place of wealth—Ur, Persia, or the United States—to find God in whatever hovel he chooses to inhabit.

There is an old hymn whose music I love but whose words, taken from a William Blake poem, make me cringe:

And did those feet in ancient time

And was the holy Lamb of God

The hymn implies Yes, and its heart is in the right place: Let God’s justice come until England resembles the Kingdom of Heaven. But part of me counters No! Jesus did not walk in the green mountains and pleasant pastures of Blake’s white, Western, wealthy England; Jesus came to a dusty land full of brown people suffering under Western imperialists. We are right to celebrate God’s coming to mankind, but let us remember that Jesus intentionally visited the poor. He let those with means come to him.

As we celebrate the Christ’s Advent, let us give thanks for a God who comes to dwell with his people. In all the ways we are poor, let us be glad for a God who is comfortable with our poverty. And in all the ways we are rich, let us be open to seeing that strange star, or hearing that whispered call, beckoning us out of our comfortable lives and into a world in desperate need of Immanuel. Another church song says, “Christ has no body here but ours.” If that is true, where should we make Christ present this Christmas?