Mystery Is an Invitation 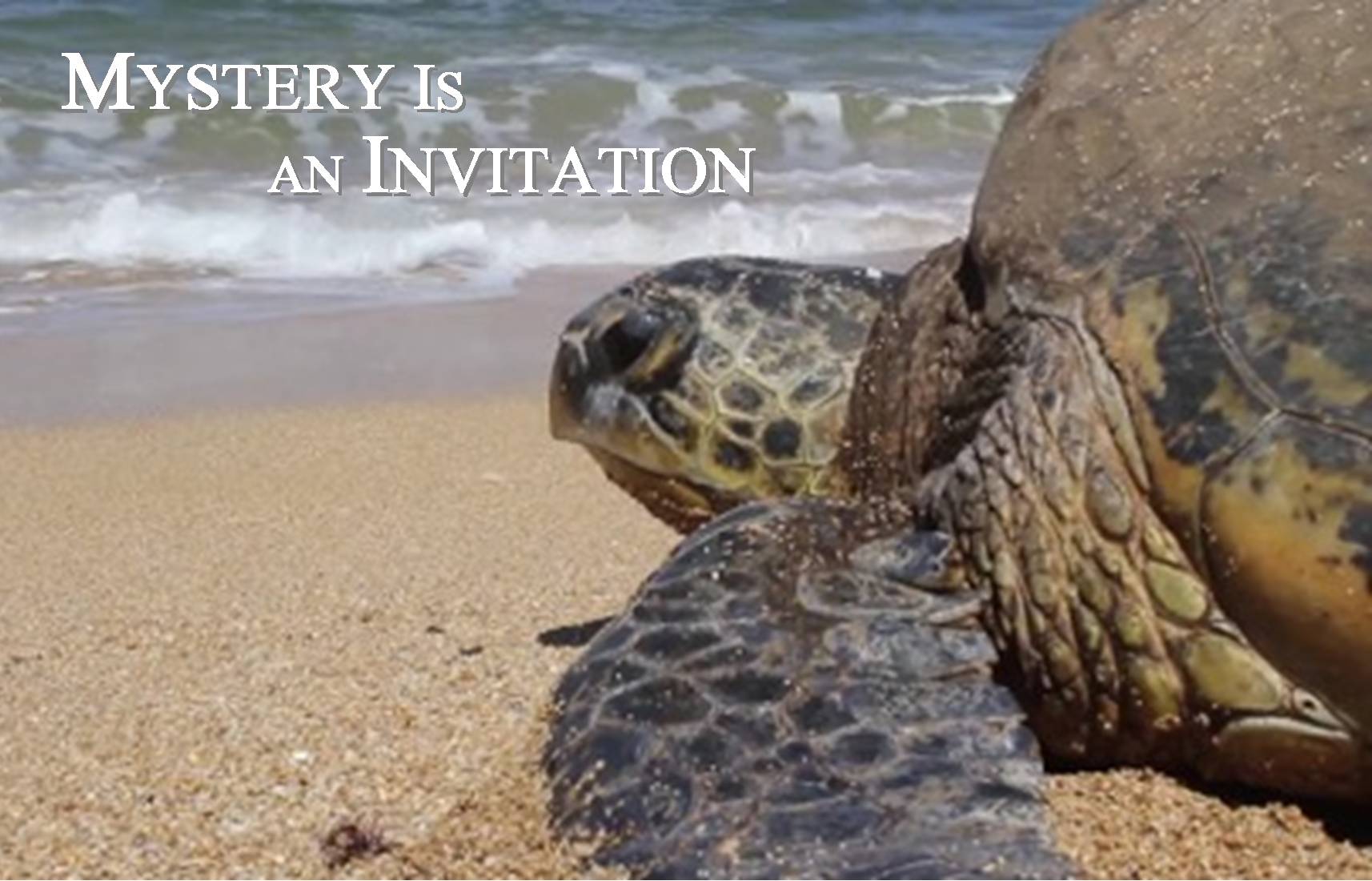 I just got back from vacation on the Atlantic Coast of Florida. Most people avoid Florida in the sweltering heat of summer, but for me there’s one big draw: sea turtles. The summer months are peak time for turtles to lay their eggs on the beach, and we were staying on the Archie Carr National Wildlife Refuge—one of the most prolific nesting areas in the world for loggerheads and green turtles. These amazing creatures were reptilian contemporaries of the dinosaurs but survived the extinction and have been swimming in our oceans for more that 100 million years—way before we came on the scene. Ironically, we are now their greatest threat, such that sea turtles are on the endangered list and protected areas like Arch Carr NWR represent a growing urgency to help them.

I was privileged to be able to go out each night until the early hours to surreptitiously watch enormous female turtles lumber out of the surf and struggle up the slope of the beach where, with great effort, they would dig a nest and lay a clutch of 100 or so eggs before returning to the sea. Early each morning I got to help patrol the same beach to rescue hatchlings from older nests that had hatched out during the night but had not been able to successfully navigate the perilous journey of a few yards from their nest to their future permanent home—the ocean. Once there, they swim all over the world and never return to land except to lay their eggs. And quite incredibly, having swam all over the world, each female returns each time to nest on the very same beach where she herself hatched some thirty or more years before. She will continue to do that for all of her fertile life (with many turtles living to more than 100)! It’s one of nature’s amazing navigational miracles, and no one really knows how they manage it.

As I observed these turtles, and in some simple way experienced a small moment of their normally hidden life, I felt caught up in their mystery. As I watched the sun rise in the mornings, and on moonless nights took in the stars and the vastness of the visible cosmos, I felt at times completely overwhelmed. It was a deeply spiritual experience for me. I felt drawn into the mystery of God. There’s so much we know and understand about our universe, but there’s so much we don’t know that remains mysterious. Often we seem to struggle with mystery: we feel we ought to understand everything. If we can’t understand or explain something, we are reticent to trust it and often we fear it. But unknowing, uncertainty, mystery, even doubt and confusion, are a normal healthy part of faith.

Mystery creates a sense of wonder, where we are overcome with awe as we surrender to a reality that is so much bigger and more beautiful than we can fathom. We can fall into the reality of the infinite love of God without fully understanding it.

Mystery provokes a sense of curiosity as we set out on a journey that is seeking understanding. Ironically, religion very often uses mystery to shut down critical inquiry and discourage curiosity. We are told certain things about faith are a “mystery”—meaning, “Stop asking questions or thinking in certain ways as it will get you into trouble!” But we all know that there are many things about life and about faith that are difficult, troubling, deep and mysterious. Perhaps God wants us to be troubled and curious. Perhaps mystery is a divine invitation into an intimate struggle, a quest for more, a call to deeper seeking that leads to more enlightenment and richer personal growth.

Mystery keeps us humble as we accept that we don’t know everything. Healthy spirituality thrives in an atmosphere of openness where there is room for doubt, for change, and for the opinions of others. Certitude often shuts these down and even makes us fearful of those with whom we disagree. But by humbly embracing mystery, we can see one another as fellow travelers who have not arrived yet. Spiritual discourse need not be about trying to convince the other that we are right, but an invitation to explore the mystery of God together: an invitation to swim in the vast ocean that is God’s love.