Jesus Had So Much Love He Burst Back to Life, By Jennifer Anderson 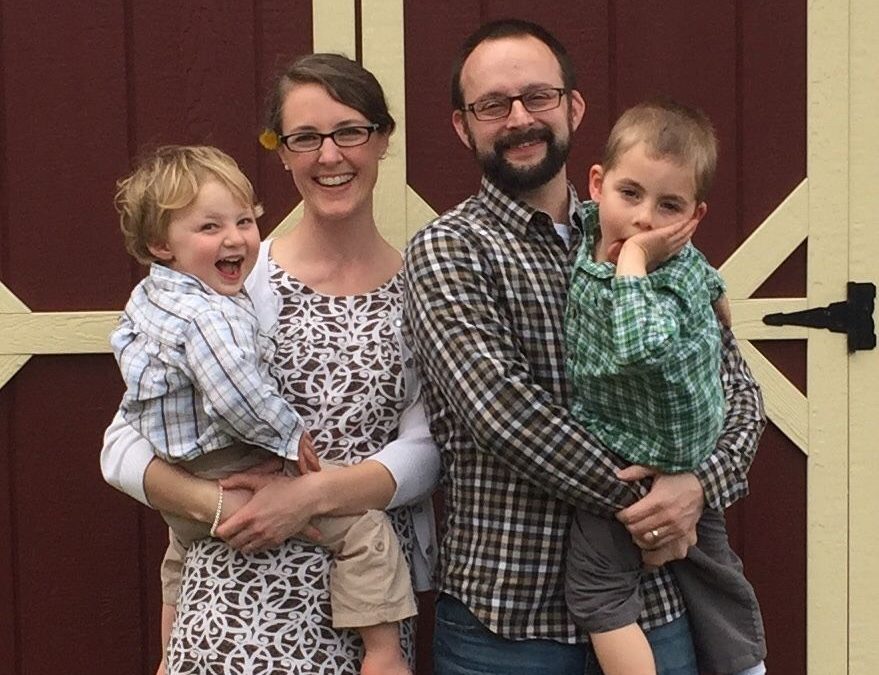 I dreaded talking about theology with my kids for so long.

I don’t want to give them my baggage, and there’s a lot of mystery to embrace. I grew up in some fear- and guilt-based communities. My earliest encounter with the “gospel” included me begging God not to let me go to hell if I died that night. I was a horrible person for making someone else die. The “gospel” was literally the worst news I had ever heard in my life!

Last year Matthew talked about different metaphors for why Christ died. I hadn’t realized how much guilt I was shouldering through other metaphors. Matthew’s metaphor of Jesus dying and having so much love he “burst back into life” was so inspiring to me. It was genuinely good news. And it turned out to be just what I needed when my son, Marcus (4 at the time) started asking questions one night.

Marcus: “Is he following me?”

Marcus: “Is he hiding under the couch cushion right there?”

Marcus: “Did people kill him?”

Me: “Because they didn’t like him. But he came back to life.”

Me: “He had so much love that he burst back into life.”

Marcus: “He had so much love he burst back into life?”

I still don’t really want to talk theology with my kids. I’m not confident I have the right answers. But I feel inspired to love more freely knowing that Jesus had so much love he burst back into life and exploded his love all over the world. That’s the reality I want to live in and share with my little guys.