Activities for Children and Families

Each Sunday, we’ll provide ways for children and their families to connect with God.

Today we’ll hear another parable, or special story, that Jesus told. As we tell these stories, the goal at this age is to let the stories speak for themselves (with not lots of theological interpretation*) and allow the children to engage their imaginations. To help tell the story, you may want to gather several toy people and a toy table (depending on availability, you can add some toy food that would fit on the table).  To start, ask your child what this is a picture of. 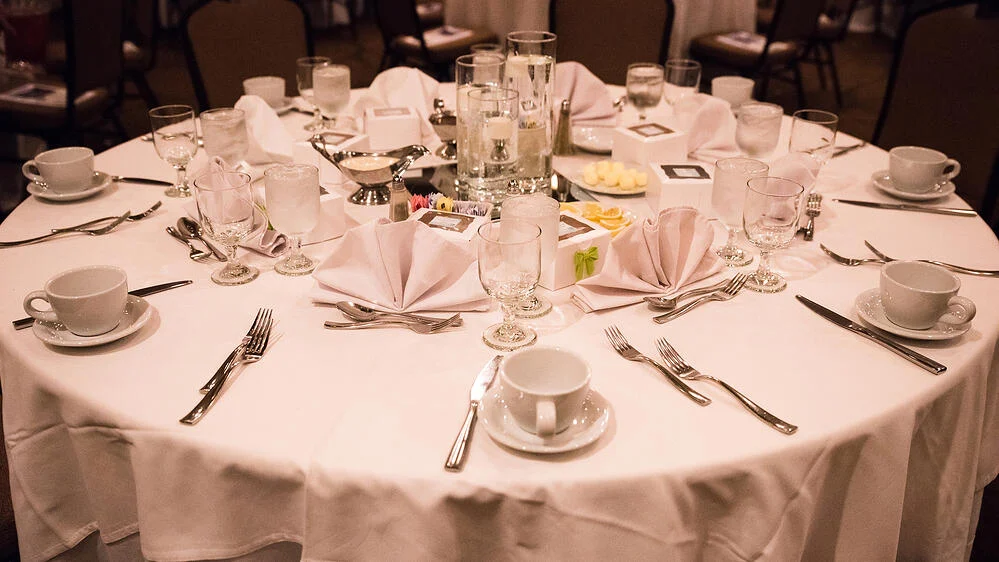 Read the story below and move the props as directed in italics.

Once there was someone who said such amazing things, and did such wonderful things, that people began to follow him.  As they followed, he told them about a kingdom: the Kingdom of Heaven.  But they did not understand. They had never been to such a place. And they didn’t know anyone who had.  They didn’t even know where it was.

So one day he said, “The Kingdom of Heaven is like this: Once a person invited many people to a great feast.

(Place a host behind the table.  If possible, add some food to the table.)

When the feast was ready, a helper said to the guests, ‘Come, for all is now ready.’

(Have a helper motion to three people.)

But they all made excuses. The first said, “I just bought a field and I have to go and see it. Please excuse me.”

(Have a person come towards the table and then leave.)

Another said, “I just bought five yoke of oxen and I have to go and try them out.  Please excuse me.”

(Have another person come towards the table and then leave.)

Still another said, “I just got married, so I cannot come.  Please excuse me.”

(Have another person come towards the table and then leave.)

When the servant told the host, he said, “Go quickly to the streets and alleys of the city and bring in the poor, the blind, and the lame.” But still there was room.

(Have the helper go out, find some more people and bring them in to the table)

“Go out to the highways and roads and get people to come, so my house will be filled.”

(Have the helper go out and find even more people and bring them around the table.)

Talk about the story either during or just after you’ve read through it, perhaps using open-ended questions like these.

Consider having a “formal” dinner with fancy dishes, tablecloth, napkins, etc. (something that’s different from normal).  Have your child help you set the table, and describe what might be involved in preparing for a “feast.”  Alternatively, have your child prepare and serve a feast for her/his stuffed animals, dolls, etc.

Collecting Food for Families In Need

“In our story, some people who normally didn’t have very much food to eat got to enjoy a big meal.  We probably can’t invite people over to our house right now, but we can collect some food and give it to families in our area who don’t have much food.”  Go to this link to learn more about and sign up for this week’s food collection for Greencastle Elementary School families.

*A note to parents about interpretation:  Our approach with preschoolers, especially with parables, is to tell the story as Jesus did, without going into deep interpretation or application. Hopefully, kids will come to enjoy these stories and use their imaginations to get “into” them as they hear them a few times during the early childhood years.  This allows kids to come up with some interesting insights on their own without grownups telling them the “right” way to understand the parable. Thus, let’s allow our young ones to enjoy the stories, think and talk about them, and whet their appetites for more of Jesus’ stories.

Today is the first in a series of lessons about some conversations Jesus had.  Jesus was an amazing and wonderful person. But sometimes he said some things that confused people, or challenged them to think or act differently, or told them how hurtful or unfair they were being to other people.  Today we’ll learn from a conversation Jesus had with a very important teacher and leader.

Story and Prayer With Mr. Bryan

A Short Science Lesson About Wind

Collecting Food for Families In Need

Go to this link to learn more about and sign up for this week’s food collection for Greencastle Elementary School families.

FROM THE WASHINGTON BELTWAY:Take Colesville Road/Rt.29 North toward White Oak. Continue on Route 29 for about 9 miles. You will pass the White Oak Shopping Center (on the right), the Bell Atlantic complex (on the left), Fairland Road, Briggs Chaney, and Greencastle Road. (Watch signs carefully – there is presently construction on Route 29.) Watch for the signs showing an exit-only lane to the right leading you to Route 198.  Take that exit, and at the light at the end of the ramp, you will take a left onto Route 198. Go 2 miles. Cedar Ridge is on the right.

If you visit with children, please stop by the Cedar Ridge Kids’ table which is located to your left as you enter the building. Most Sundays, younger children (infant through 5th grade) can attend an age-appropriate program while adults are in the service.

You can register at the table where you and your child will receive a nametag and a temporary identification number. We will notify you if you are needed during the service with a number which will appear on a monitor above the projection screens. A volunteer at the Children’s Ministry Table will let you know what need your child has. When you pick up your child after church, you may turn in your number.

Children of all ages are also always welcome in our main service. If your pre-schooler will be joining you in the service, you may borrow a ‘Big Church Bag’ with some quiet toys and activities. The bags are handed out at the Cedar Ridge Kids' table.  Our service allows time for moving around, as well as being still, and sitting on the floor or stretching your legs around the room are encouraged!

Read more about our programs for children

We welcome your middle or high school student to visit us too! Middle and High School Groups meet in the barn which is located on the right as you approach the main building.

Middle School is comprised of 6th-8th graders and meets on the lower level of the barn. High School meets in the upper level of the barn. Both groups meet for the entire service. Students and parents can agree on where they wish to meet after the service–either in the barn or main building.

Read more about our programs for youth